Mahogany is a straight-grained timber that is of reddish-brown tones. Native to indigenous America, the scientific name for this tree is Swietenia. It is an umbrella term that covers 3 specific species.
The first variation is named Honduras or Big-Leaf Mahogany. This ranges from Mexico to the Southern Amazonia in Brazil. With the scientific name, Swietenia Macrophylla, this is the most widespread species amongst the 3. It was listed on the CITES in 2003, due to reasons such as illegal logging and having a disruptive and environmentally harmful nature.
Second variation is the West Indian or Cuban Mahogany with the scientific name, Swietenia Mahogani. This particular species is native to Southern Florida and the Carribean. Although formerly dominant in the mahogany trade, it has ceased widespread commercial use since World War 2.
Then the third and final variation is the Swietenia Humilis, which is a small and intertwining tree. It is usually found in seasonally dry forests in Pacific Central and seldom used for commercial purposes.

The Mahogany tree also has many leaves that are arranged in a feather-like manner and along with clusters of small white flowers. As younger Mahogany tree is of a lighter color, it will darkens with age. Because of the growth the color will change from a pale pinkish-brown to a darker reddish-brown and will have numerous fruits with seeds.

Known for its perfect amount of robustness and easy workability and because of the straight and consistent grains on Mahogany makes it much easier to work with as compared to other woods. As mahogany is stable and long-lasting and is not affected much by weather conditions like seasonal humidity. As the sophisticated grain pattern is almost everlasting and making it very beautiful. Their tall, wide frame which is also resistant to rotting and the amount of usable wood make them perfect for commercial purposes.

At Suarwoodtable.com, we also believe in creating the most unique and exquisite furniture that are far from conventional tables and benches. Because with an artisanal team who have a lifetime of experience in woodworking and designing. Immense amounts of efforts and time goes into the production of each and every piece of art. From a moment of inspiration to a thought-out plan and design before crafting. With every process is a long , arduous effort which is outstanding. Because every piece is created for a special customer please visit us discover which piece of art has your name on it. 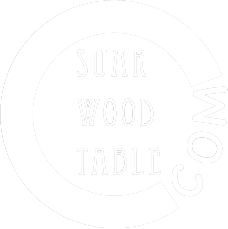